Privacy – Keeping things out of sight of others. e.g. people, confidential documents and valuables.

Two things you will need to ask yourself when wanting to create privacy with window films.

If you want to prevent people seeing into the building through the glazing, you could apply solar reflective window film or frosted opaque film.

For ‘external windows’, solar reflective film can give you ‘one way’ vision during daylight hours, allowing you to see out but blocking the vision of those who wish to see in. Remember though, this will only work if the outside light is stronger than inside. At night or when the light levels change, say around 4pm in December, the internal lighting acts as the sun making the internal surface of the film more reflective and harder to see to the outside world. We can limit this internal reflectancy by applying a silver/smoked internal finish film (Dual range).

However, if you want to achieve privacy through internally glazed partitioned rooms or room to room windows, then the common answer would be to use frosted film. As above it allows natural light to pass through but gives adequate privacy to both parties either side of the glass. If you didn’t want to block the privacy completely then a design or pattern of shapes could be applied to the glass to partially obscure the view.

The use of solar reflective films is ‘rarely’ effective in this situation as you need to produce a light level difference of 70%/30% or 80%/20% ratio split, light to dark to create reflectancy on the brighter side of the glass. If it’s office space either side of the glass, it’s fair to say that the light levels would be balanced allowing both parties to see each other.

Balanced natural or artificial light areas benefit better from having a frosted film applied. It comes in a variety of colours, patterns and finishes. 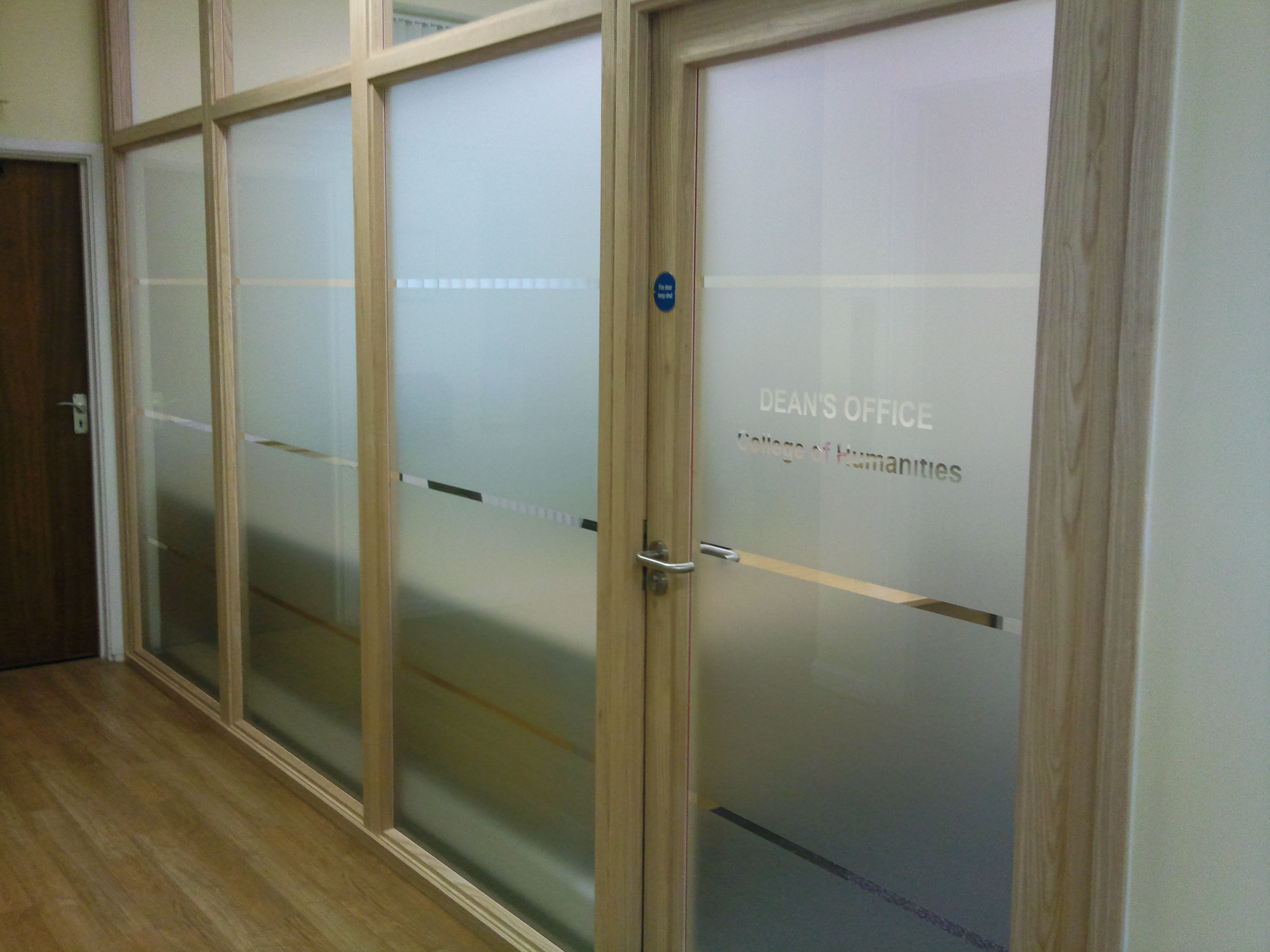 This website uses cookies to improve your experience while you navigate through the website. Out of these cookies, the cookies that are categorized as necessary are stored on your browser as they are as essential for the working of basic functionalities of the website. We also use third-party cookies that help us analyze and understand how you use this website. These cookies will be stored in your browser only with your consent. You also have the option to opt-out of these cookies. But opting out of some of these cookies may have an effect on your browsing experience.
Necessary Always Enabled
Necessary cookies are absolutely essential for the website to function properly. This category only includes cookies that ensures basic functionalities and security features of the website. These cookies do not store any personal information.
SAVE & ACCEPT
Celebrating 21 years fitting window films!